The end of our digital nomad journey 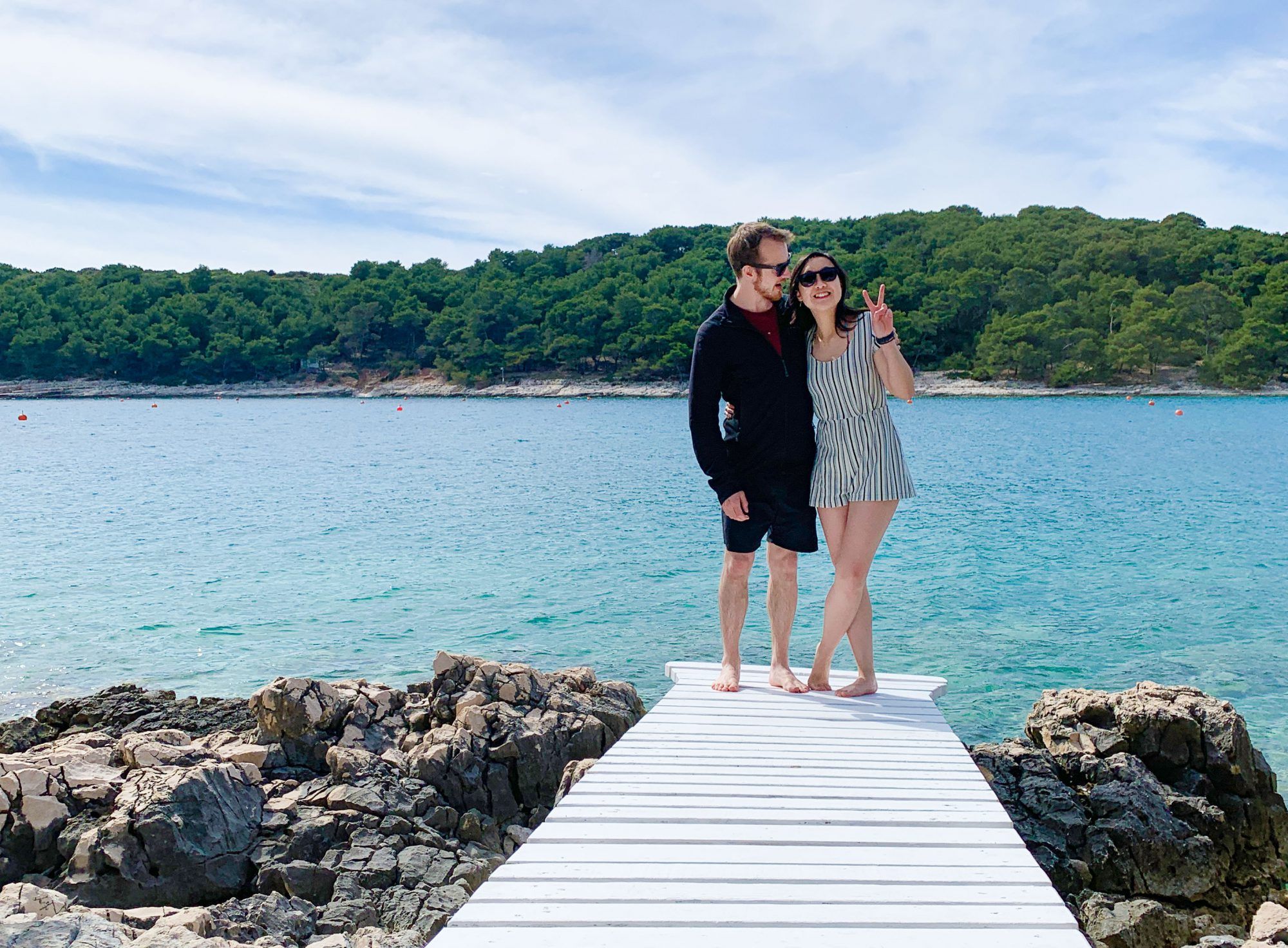 Andrew tweeted a few months ago that we are slowing down traveling. It’s true. After two years living the digital nomad life, we are settling down for a while.

The city we chose is Toronto, my hometown. I don’t think it’s really hit me yet, but I think now’s a good time to reflect. I can definitely feel reality creeping in.

Andrew and I met and worked full-time in San Francisco. We called it “home” for several years. Leaving the Bay Area to travel was mostly my idea. I enjoy seeing the world and I would continue to do so if it was just me. 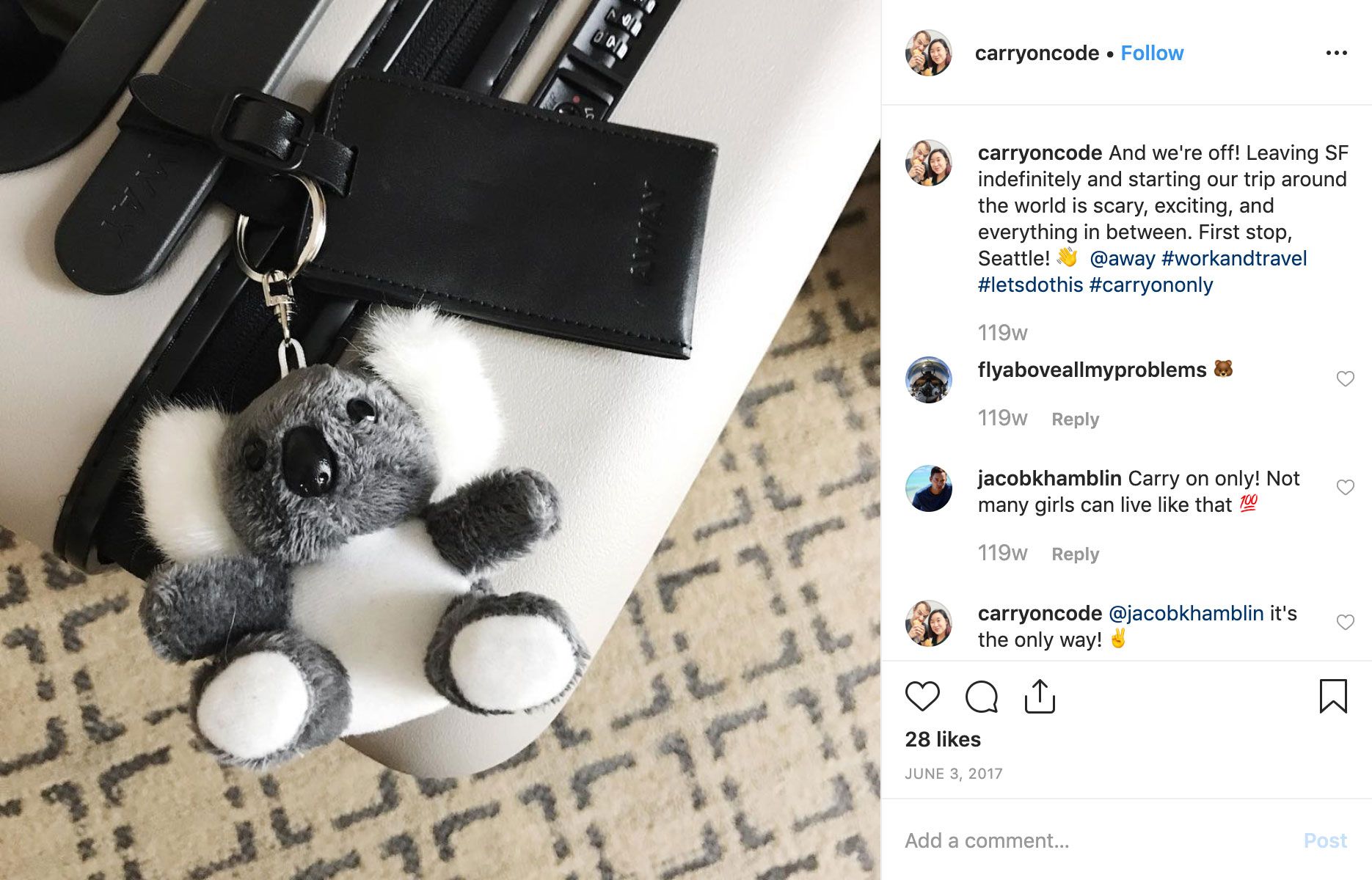 That said, it’s not just me.

Andrew has made compromises for the last two years so I think it’s fair that I make some now. I completely understand the tradeoffs he’s had to make and the reasons he wants to settle down.

We’re in Seattle now for our last leg of “travel”. In a month, we’ll fly back to Toronto and settle in more permanent housing. Insane!

I can see us being happy there. My family is there, we have friends there. Toronto is a really cool city. The whole thing feels kind of bitter-sweet because I really enjoyed traveling. Either way, it’s a new phase and something to be excited about.

During these last two years, we’ve lived and worked from 27 cities in 16 countries:

We usually stayed in each city for about a month. The most memorable were Valencia, Lisbon, Split, and Seoul.

We worked on Canny full-time the entire time. We also started growing our team. We grew from just me and Andrew to a fully remote team of five. In Lisbon and Split, we held our first two team retreats.

The lifestyle is definitely not for everyone. There’s a lot of planning ahead, moving around, and adjusting to unfamiliar places. It’s exhausting for a lot of people.

I, however, love that stuff. Seeing how locals live, walking around new neighborhoods, discovering hidden gems. All while not having to pay rent at home. Of course, there are challenges, but nothing great comes easy.

Not everybody can do what we did or has the means to do it. Although our time is ending, I am so grateful for the opportunity to travel for these last two years.

We made a short list of cities we were interested in living in: New York, San Francisco, Seattle, and Toronto. Then, we scored each with things we cared about: people, weather, activities, and cost of living.

We eliminated New York for its high cost of living and bad weather. But also, neither of us could really see ourselves living there.

We eliminated San Francisco for its high cost of living but also, we already lived there for years. The only reason we’d live in San Francisco again would be for our friends there.

Seattle came really close. Andrew’s family’s there and we have some friends there. Plus, Seattle winters are way nicer than Toronto winters.

In the end, Toronto won even though the weather there is probably the worst out of the list. My family is there and we have friends there. Toronto feels right.

It’s up and coming for tech but not overwhelmingly so. The Canadian dollar means an instant 25% discount. Being in eastern time is ideal for keeping in touch with our team and customers.

We can see ourselves being happy there.

Our lives as digital nomads and remote workers have been one and the same these last two years. We felt the pros and cons both as individuals and as a team.

Remote work is a pretty hot topic these days. Buffer, Invision, and Zapier are all big advocates for remote work. The remote workforce is continuing to grow.

Of course, remote work also comes with its issues. Ryan Hoover wrote a post on the challenges of remote work. There are countless guides on building a remote team.

Being remote-first meant that we were mindful of the challenges from the beginning. We are still continuing to iterate on our team meetings. We will continue to have team retreats. All we’re changing is adding a personal home base.

While we’re transitioning out of our digital nomad life, we’re still working remotely. With that, we’re leaving some of the struggles of nomad life behind.

Here are some of the struggles that stood out:

👯‍♂️ The thing I miss the most is camaraderie. When you’re constantly on the move, it’s really difficult to make lasting friendships. Especially for an introvert like me. /3

I’m an introvert as well. Pushing ourselves to go out and meet people was tough. When traveling with someone else, you’re even less motivated to seek out new interactions.

Relationships take time to develop—usually longer than one month. When we landed in a city, it took us a while to get set up. Then, we’d be working a lot of the time. There wasn’t much opportunity to make connections. It always felt like we’d be leaving in a couple weeks, so what’s the point? Maybe we’re just making excuses.

We were lucky to meet a few awesome people. Those are actually the most memorable moments of our trip. Sadly, we probably won’t see those people for a long time.

Not only was it hard to make new friends, we lost touch with old friends. When we left San Francisco, we left friends we’ve known for years. Any time we were back stateside, it felt like we were always catching up with people.

Now that we’ll be back in Toronto, we have the chance to reconnect for the longer term. We’re excited to pick up hobbies again. Andrew’s playing in a soccer league and I’m getting back into a cappella!

🤷🏼‍♂️ The language barrier is a big deal too. It’s now so nice to be able to have random small talk with people in the grocery store, or understand what the barbers are joking about while I’m getting my haircut. /5

I found the language barrier difficult at times too but also fascinating. We learned how to communicate with basic hand gestures and Google Translate.

There were moments we were able to connect with strangers that only knew basic English. I did yoga classes in Spanish and learned how to order groceries.

Language is fun, I wish I knew more of it. Maybe we would have built more friendships if we had pushed ourselves more.

That said, the nomad community is also growing. When we were in Las Palmas, we learned about the Nomad Cruise. There are increasing opportunities to connect with other nomads.

The search for a routine

🛒 It’s also been hard to keep a productive routine. Every time we’d arrive in a new country, it’d take us a few days to find a good place to work, a grocery store, a gym, a sim card, etc. Then a few weeks later we’d leave and have to start all over again. /4

For someone who needs a routine, the nomad life wasn’t ideal for Andrew. Time zone changes, environment changes, everything changes. We went through an adjustment period every month.

We bought a lot of the same staples in every city: salt, pepper, oil, cheese, garlic, butter, bread, peanut butter, jelly, onions, etc. Most of it we wouldn’t finish by the time we left.

Places to work were hit or miss. Sometimes we’d look for a co-working space. Sometimes we opted for coffee shops. With the former, we had a space optimized for productivity. With the latter, we got to explore more of the city.

We’d also have days where no coffee shop had everything we needed: outlets, bathrooms, and, most importantly, wifi. That gets pretty frustrating.

We’ll have everything we need to build a routine again in Toronto. We’re looking into setting up a home office. A separate room in our apartment where productivity happens. Standing desks, ergonomic chairs, strong wifi, and no commute. It’ll be a nice change of pace.

Don’t have an office? Don’t worry. You can still be very productive.

We had a great time

Although there were challenges, we both really enjoyed our time on the road.

We got to see a lot more than some get to see in a whole lifetime. We experienced so many different cultures, cuisines, and climates. We know “hello” and “thank you” in many different languages.

We chased warmth and avoided the brutal winters back home. We got our open water diving licenses and conquered escape rooms all over the world.

We’ve had the best pastel de nata, pineapple buns, and mango smoothies. Looking back through my camera roll brings so much joy.

⚡️ In some ways, being isolated from our social network was incredibly focusing. With no social obligations, all we had to do was eat, sleep, exercise, and work – a perfect environment for getting shit done. /9

We also got a lot of work done. Not knowing a lot of people meant we were usually on our own schedules. The hard work payed off too.

We left San Francisco as a team of two and we’re coming home a team of five. We’re still fully bootstrapped and profitable.

Now, we’re dedicating our travel to our team retreats. They’re so great for team bonding and shenanigans. We just got back from our third one in Denver! P.S. We’re hiring.

Settling down will mean several changes to our day-to-day. Less traveling, more family and friends. All things that we’re looking forward to.

: ) I enjoyed your post. Congrats on your old and new adventures. I wish you guys the best!

Thanks so much Jason!

Thanks for reading Wasim!

Thanks Will! It’s good to be back.

Been remote working for 4 years now…so far so good. If you need help in software testing, I’m just an email away!

Great post. It looks and sounds to me like you guys had a fantastic time playing and working hard. I love to see it