Introducing Canny 2.0: What’s new (and how we slow-released our product update) 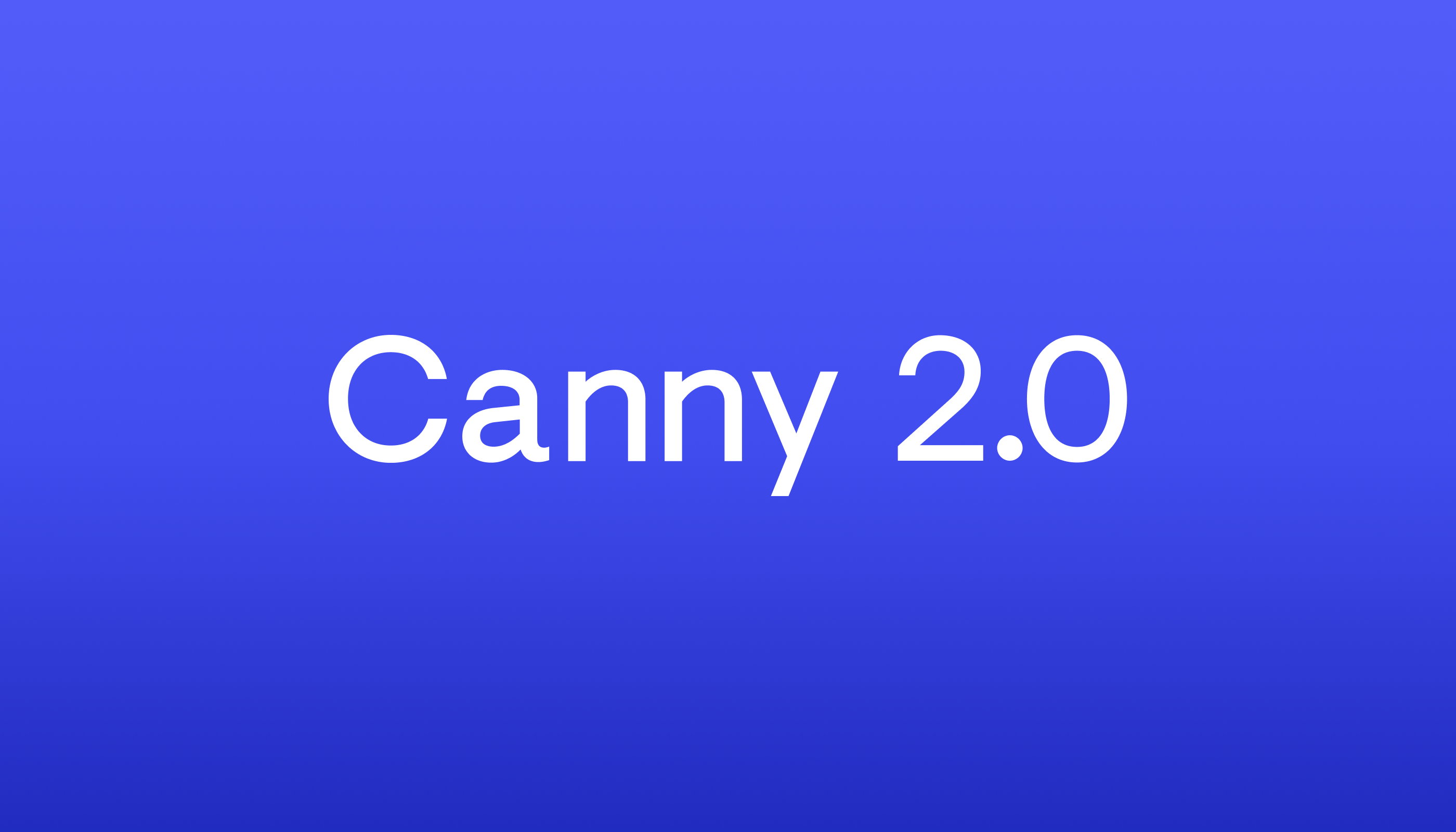 We’re releasing the biggest visual change to Canny since we launched.

I know that doesn’t sound like much, but it’s been an intimidating product update change to make.

From day one, our customers have expressed how much they like Canny for its simplicity and ease of use. With 2.0, we’re trading some simplicity for power.

Having more screen real estate means our customers can see more and do more. We want to pack more power into Canny and the old layout was constricting.

That said, balancing simplicity and power will always be important to us. That’s why we’ve made incremental changes and we’ve been testing 2.0 for about 8 months.

I worked at Facebook where the smallest change could confuse and frustrate millions of users. I knew we’d want to make sure existing customers had plenty of time to get familiar with 2.0.

Some people found the button and tried 2.0. About a month after, we emailed people letting them know about the beta.

This was the longest phase, lasting about 6 months. We got a lot of feedback and implemented improvements. People always had the option to go back to 1.0.

2. Auto opt-in for new customers
New customers wouldn’t be exposed to 1.0. We wanted to make sure newly onboarded users had a good experience with 2.0.

3. Forced opt-in for existing customers
At this point, we were quite happy with 2.0. We switched people who had never tried 2.0 or had opted-out previously into the beta.

Everyone still had the option to switch back to 1.0—under 10% did.

4. Deprecating 1.0
1.0 served us well but it’s time for Canny’s next phase. We’re closing the chapter on 1.0 so we can fully focus on the new Canny.

I wanted to highlight some significant changes that come with Canny 2.0.

Post views are the most active in Canny so we wanted to make navigating around zippier.

With this change, we were also able to include:

We moved the voters list from a separate page to a lightweight modal.

Similar to the feedback view, we merged the user list with their profile pages. You can easily select the user you want and view their feedback on the same page.

We also merged in searching for companies/accounts. Searching and selecting a company will show feedback across all the users in that company.

Previously, you had to toggle back and forth between markdown and the public preview while drafting changelog entries. Now, you can see the preview as you draft.

As I mentioned, during our 2.0 beta phase, we got a bunch of feedback.

A lot of it was negative. Most often, we heard that people were overwhelmed by how much information was on screen.

To combat this negative feedback, we:

We know we’re not going to please everyone—especially people who were used to 1.0. But, these kinds of changes take time to get comfortable with.

Over time, we also got a bunch of positive feedback:

It’s never easy to make big changes to a product, but we wanted to make decisions that would help Canny continue to grow as a product going forward.

We took it slowly—making sure to roll out in phases and listen to users. From there, we iterated based on that feedback. It was important for us to give our existing customers input in the new Canny they’d be using.

Canny 2.0 also sets us up for some exciting things we have planned this year. We can’t wait to share them with you!

I think I’m slowly tryna like it now myself. My only wish on it is ability to collapse Tags and Sorting list in the Sidebar, as everything is as cramped and information dense now.

When I’m browsing feedbacks, sometimes I just want to browse freely and organically, not sort.

It would be cool if we can click the section title (e.g. Sort) and it would show up a Chevron icon beside it (right) and upon clicking it, everything would collapse and hide (including the “Select All”)