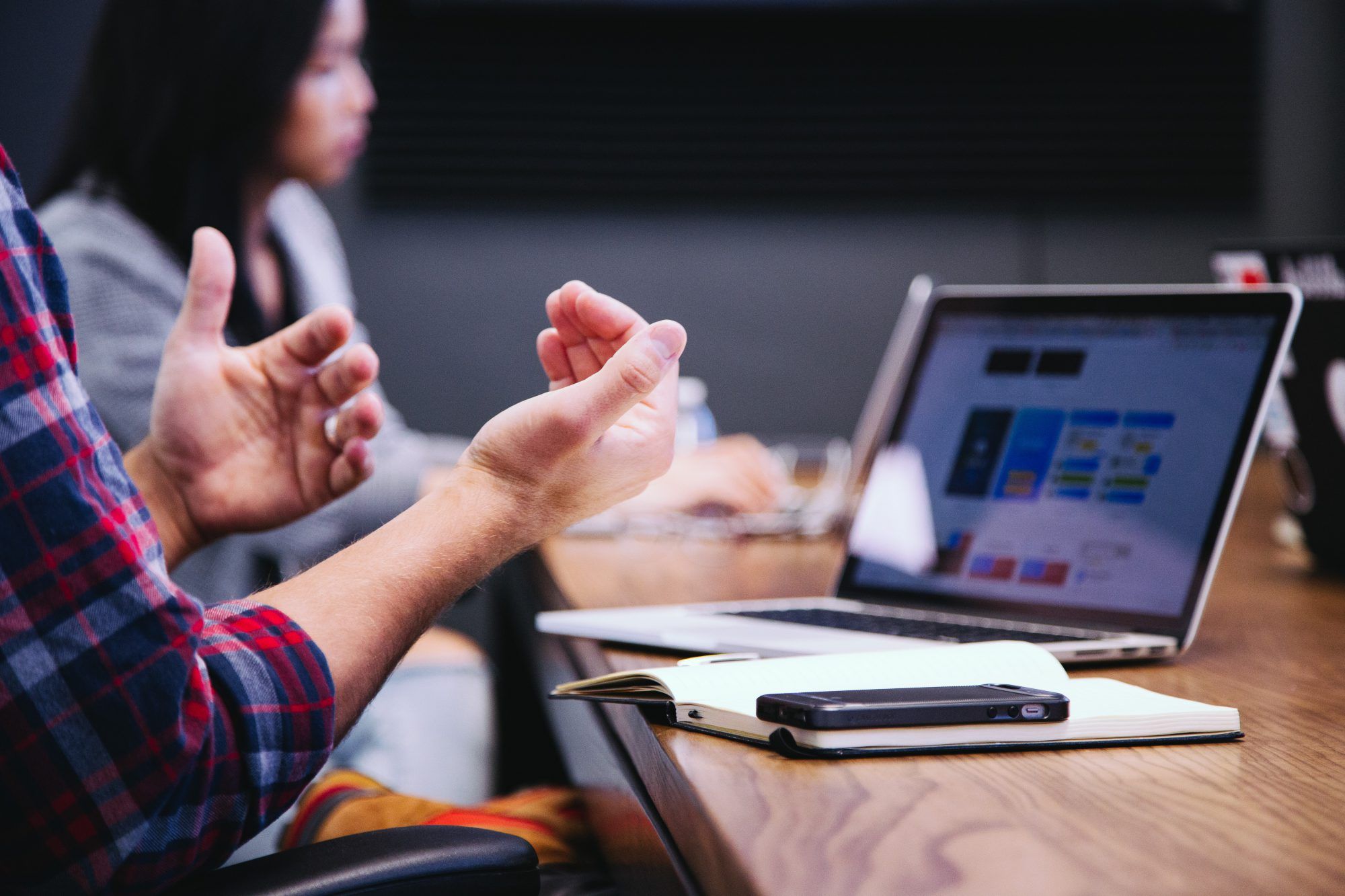 “Your product is terrible.”

Ouch. No one likes to hear that.

But it’s actually something to look forward to. Negative feedback can give you a cold, hard dose of reality.

Is negative feedback a good thing?

For many companies, the accepted opinion is the product is great. Everyone has worked hard on it. People are paying for it. We must be doing something right!

Companies who think this way can have a hard time receiving difficult feedback.

When people give you negative or dissenting feedback, they’re giving you something valuable. You’re hearing an opinion that disagrees with the view that your product is great and perfect as is. It’s honesty.

The fact is, not everyone will be thrilled with your product.

But take heart! Dissent is disagreement, but it’s also the start of a conversation. It offers you a blunt, clear view of where you can improve.

Let’s go back to, “Your product is terrible.”

There’s a visceral reaction to reading something like that. Take a breath. The emotional part of the brain needs time to let the initial reaction subside.

Never respond to negative feedback with your initial reaction. Ten times out of ten, your instinct is to get defensive and argue. As soon as you get emotional, you lose.

If you don’t know the answers to any of these, find out.

Once you know who the feedback is coming from, it’s time to probe further.

Engage with the user

Don’t just stand there. It’s an opportunity! This means you put on a smile and engage the user. Don’t gloss over their frustration. If all they wrote is, “your product is terrible,” then we need to know more.

Regardless of their delivery or tone, they took the time to give you feedback. Thank them for it.

Arguing with a user may feel good, but it doesn’t tell you why they got so upset in the first place. Own the fact that something didn’t go according to plan.

Don’t forget to use emojis in a situation like this. They’re there to help you define tone, not just make things pretty:

“Hi there! I’m sorry to hear that. Thanks for reaching out, though. It sounds like something went wrong in your experience here. I’d really like to know more. What can we do to make Appy less terrible for you? 🙂 ”

All feedback has at least some value—even if it’s the value of knowing you need to filter spam more aggressively.

Find the valid points in dissenting feedback. Even if you need to stretch for them. Even if you disagree with them.

Your pricing may be exactly where you want it, but stop and ask some questions:

A good thing to do is literally translate valid negative feedback into actionable steps.

Instead say, “this user wrote in about X feature.” Stick to the facts and avoid commentary or cop-outs.

Let’s take a look at another example:

Try and see things from their point of view—let’s translate:

“The new view feels overwhelming. I feel I’m seeing too many things at once. It is at odds with what I’ve come to expect. I prefer the old view.”

When you respond, make sure your emotions aren’t running high. Let your blood pressure come down.

Before you hit “send,” look through your reply for two key red flags: The words “you/your” and any adjectives. Remove them if at all possible.

The goal here should be to show your dissenters that they’ve been heard. It’s not to defend, accuse, or justify anything. The primary focus is to listen. State facts, not opinions. 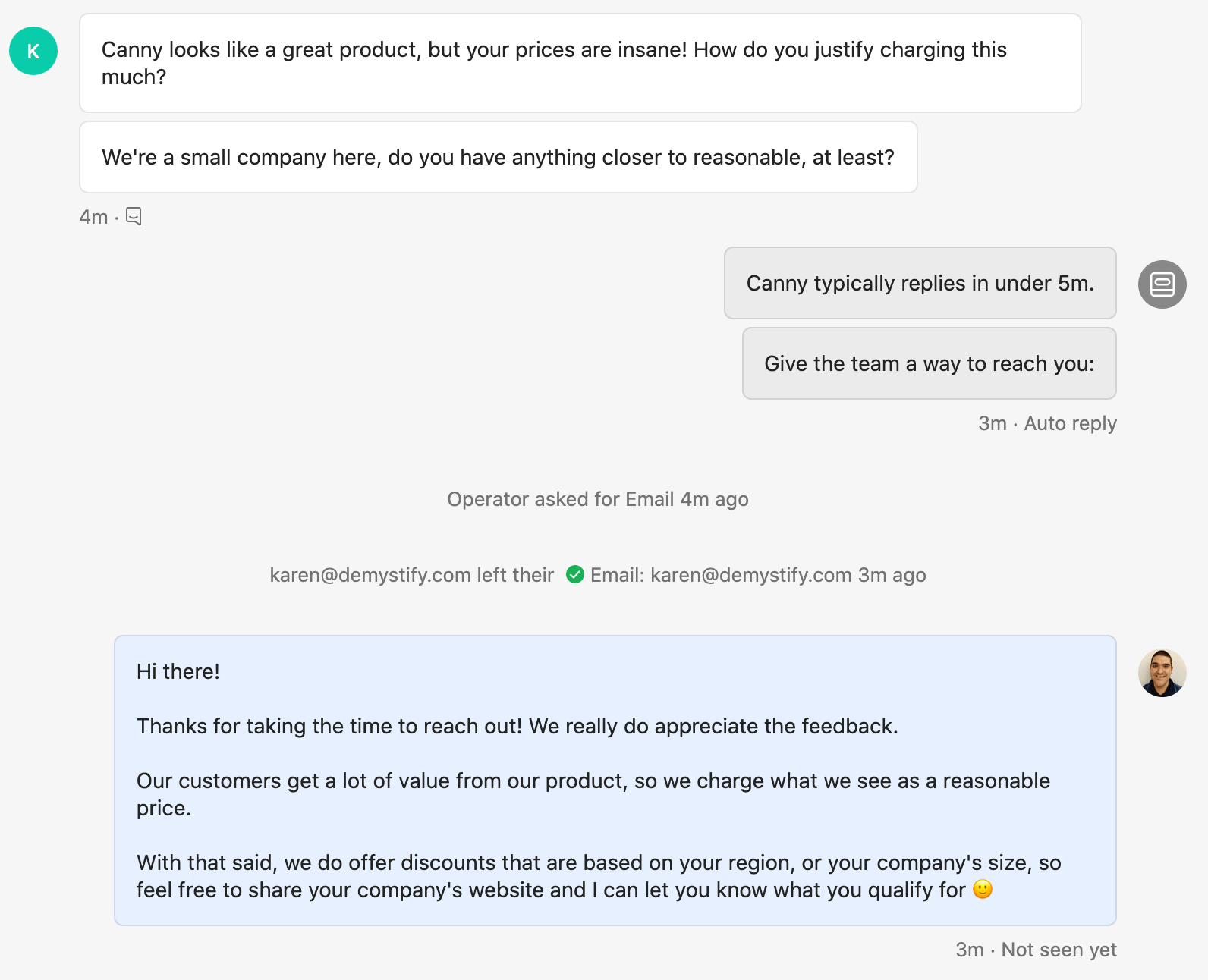 If there is an action you can take, then take it! This is where a feedback tool like Canny comes in handy. You can use feature voting to add their vote to an issue they care about and thus ensure they get updates on what matters to them.

And, draw the line if things get truly nasty and abusive. If they’re more focused on insulting you and your team than telling you about the product, red flag. Stop responding. In extreme cases, it may be best to cut ties altogether and fire them as a customer.

Keep your guard down

Don’t listen to your ego. Negative feedback isn’t as bad as it seems—it’s something to be treasured. It’s precious, which also makes it difficult to receive. That’s to be expected.

Bake the process of handling negative feedback into your culture. Dissent shouldn’t just be welcomed—it should be downright celebrated. Without disagreement, you won’t know how to make your product better.

Never let a hard piece of feedback go unanswered. Dissenting, negative feedback shouldn’t be treated like a bad review—it should be the start of a fruitful conversation.