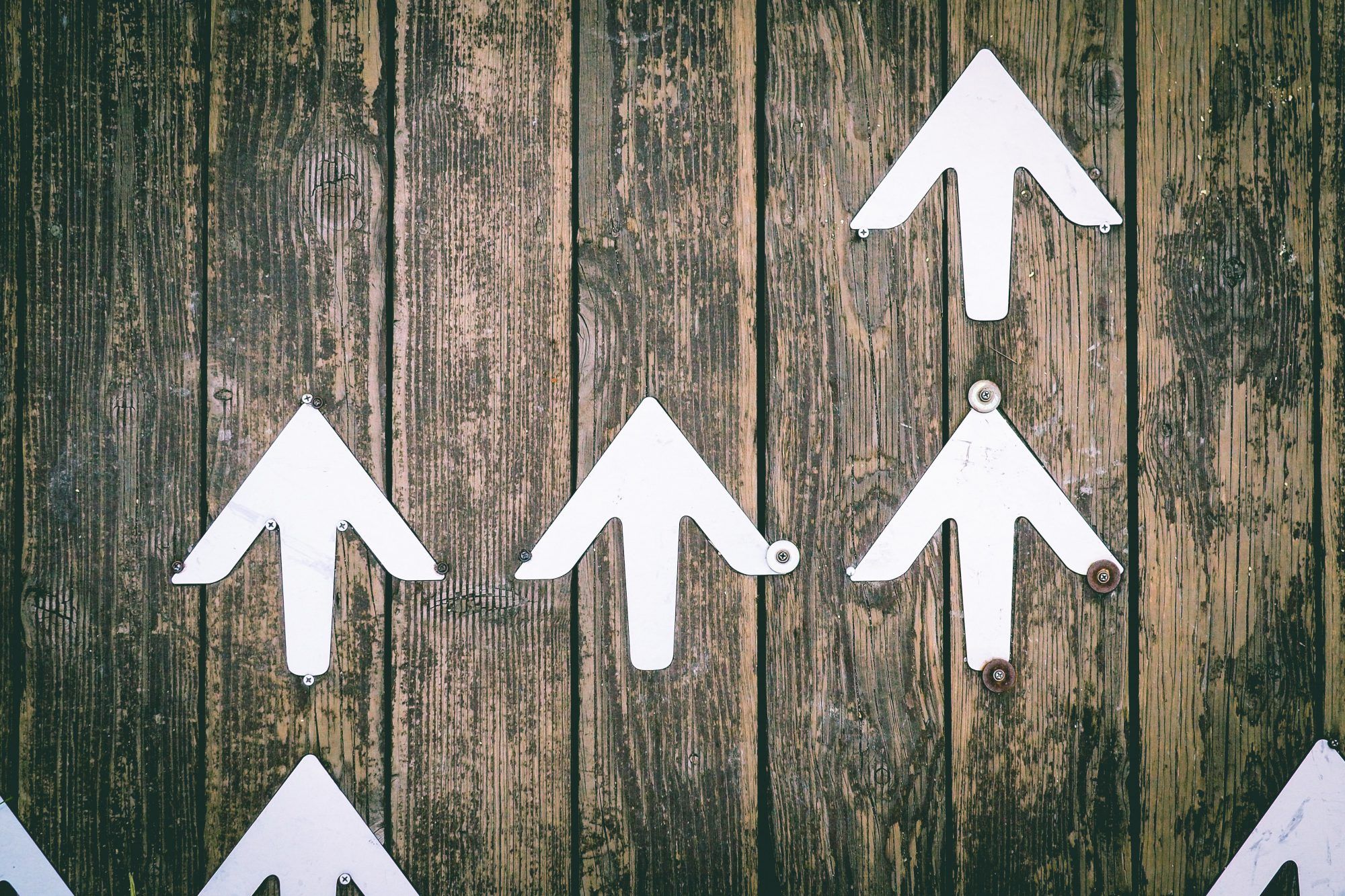 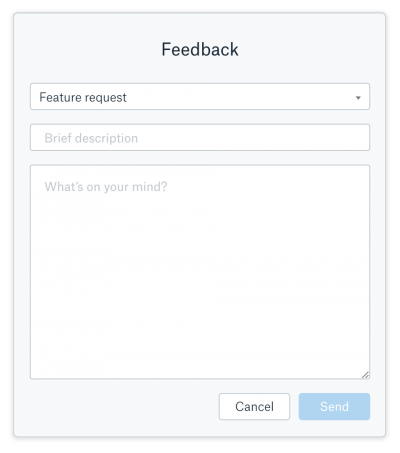 This user feedback form should look familiar. Most apps and websites have one.

But, is it really the best way to collect user feedback?

We’d argue that it isn’t.

What should you do instead? Let your users submit and vote on feedback.

This switch will save you time and money, help you make better product decisions, and your users will love it.

Here’s a deeper dive into the issues with using a feedback form to collect user feedback. And, why user voting is a better solution.

The problem isn’t the form itself — it’s what happens after the form is filled out.

Feedback submitted via forms creates a mountain of requests. Full-time jobs are made just to process these requests, respond, and keep track of what was said.

At best, a spreadsheet is maintained to keep track of how many people ask for specific features. At worst, someone has to remember that “a lot of people have mentioned this bug recently.”

Either way, valuable information gets lost.

And, managing requests with a feedback form is expensive.

It costs you in labor hours associated with sifting through feedback. You might make bad product decisions because you didn’t have enough information. Both of these are costly.

Responding to every piece of feedback isn’t realistic. There’s too much.

To get around this, most companies use canned responses: 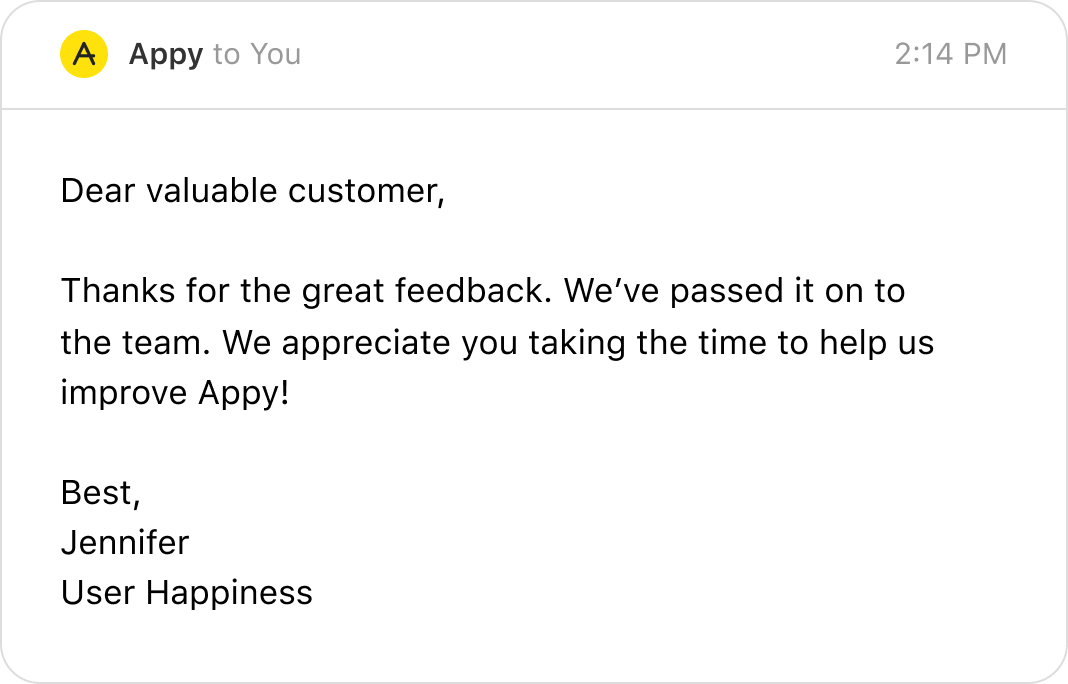 This message is clearly automated. The user is left wondering, “Did anybody read my feedback? Are they going to build my feature?” Who knows.

How demoralizing. Why would they ever want to give feedback again?

If people don’t feel like you care about what they have to say, they’ll stop caring about you. This hurts the strength of your brand, which can negatively impact growth.

Live chat is a great, lightweight way to communicate with your users. It‘s just a costly medium for collecting user feedback.

Live chat is essentially the same flow as the feedback form. It still generates tons of time-sensitive, manual work for your support team.

Consider how people typically use live chat :  with their friends. They’re used to getting a personal, timely response.

With canned responses and multi-hour delays, you’re setting them up for disappointment.

Solution: Let users submit feedback and vote on requests instead

Let’s say you let your users submit feedback requests, and vote on which new features your team should build.

Users can vote with the click of a button, so collecting this data requires zero effort.

Remember that spreadsheet? The one that keeps track of which users want which features? The one that most support and product teams create and maintain manually?

When users can vote on features, you’ll get more complete data, but with a tiny fraction of the effort.

Keep users in the loop

Letting users vote cuts out tons of support work. And, you’re left with something manageable.

Responding to just the top 5% of user feedback requests addresses 50% of votes.

This makes it possible to write detailed responses. By doing so, users will know you’re listening.

They’ll love being involved in your product development process. They’ll specifically mention that you’re great at responding to feedback. This might mean 5-star app reviews, and when they tell their friends about your product.

Direct, meaningful interaction with users sets you apart from your competition. It boosts word-of-mouth growth.

Dive into the data

Now that you’ve got a beautiful pile of organized data, you can easily answer questions like:

You can even take it a step further. Your CRM knows all sorts of stuff about your users. So, if you use a tool that integrates with your CRM, you can do further “feedback segmentation.”

You could choose to only view votes from:

This filtering is especially helpful when your team is focused on a specific goal. Maybe you’re focused on reducing churn or driving enterprise sales. Viewing votes from churned users or enterprise customers would be helpful here.

Most companies collect user feedback wrong. It creates unnecessary work for them and demoralizes their users.

But there’s a simple solution. By letting your users submit and vote on feedback, you get more complete data for a tiny fraction of the effort. And your users will love you for it.

Understanding customer feedback: Why it matters who is saying what
Encouraging dissent: Why negative feedback is valuable
Login
0 Comments
Inline Feedbacks
View all comments